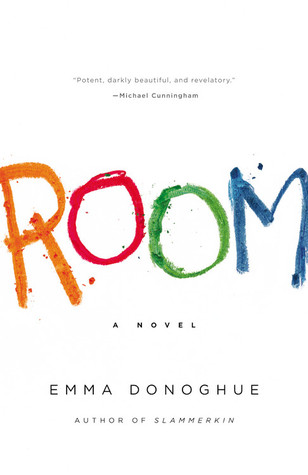 I avoided this book for a very long time, and after finding a copy of it at the library (despite it not even being on my TBR), I decided it was time to give it a shot.

I avoided Room for a very simple reason: I just thought it would be too real. Real-life kidnapping cases have always interested me. I’ve followed the story of Jaycee Dugard’s rescue after 18 years in captivity (during which she bore two children with her captor), and the three girls in Cleveland who were rescued in 2013 after 11 years in a madman’s house. It wasn’t that I thought Room would get it wrong or anything; I just didn’t think I could bring myself to read something fictional about a situation that has appeared several times in the news over the last decade, and given the fact that I followed those real stories very closely, I just didn’t think I could handle reading about the same thing in fiction. But then I remembered that I heard Room is narrated from the 5-year-old boy’s perspective, so I thought that might make it a bit easier. And it did, but it still shattered my heart into a thousand pieces.

Room is told through the perspective of 5-year-old Jack, whose entire world is a space called Room, where he lives with Ma. Ma, unwilling to disappoint Jack with a life she cannot give him, allows Jack to believe that the rest of the world exists only on television. Ma tries her best to keep Jack healthy and happy via both physical and mental exercises, keeping a healthy diet, limiting television time, and strict body and oral hygiene (sacrificing her own hygiene as a result). The only other person Jack has ever seen is “Old Nick,” who visits Room at night while Jack sleeps hidden in a wardrobe. Old Nick brings them food and necessities. Jack is unaware that Old Nick kidnapped Ma when she was 19 years old and has kept her imprisoned for the past seven years. Old Nick regularly rapes Ma; Jack is the product of one such sexual assault. At the beginning of the book, Jack has turned five, and Ma soon learns that Old Nick has become unemployed and is danger of losing his home to foreclosure. Fearing for their lives, Ma decides that Jack is old enough to learn the truth, and explains that everything on television is in fact real and exists outside Room, as well as the fact that Old Nick kidnapped her and he now needs to help them escape.

The perspective of Room is so important to everything that takes place, and it honestly makes the book so much more readable and enjoyable, because it takes the severity out of Jack and Ma’s situation (even though you don’t want it to). Ask yourself; what’s really severe to a 5-year-old, let alone a 5-year-old who thinks Room is the entire world? As the story progresses, you can see the immediate culture shock and differences between Ma and Jack, even before they attempt their escape: Ma has done her best to protect her child despite the most unspeakable circumstances, but it has gotten to a point where sticking their heads in the sand for the sake of childhood isn’t helping anyone anymore. You can also tell very easily that things have gotten out of hands in other ways, such as the way that Ma is slowly losing herself after being locked up and abused in Room for so long, but for Jack, Room is a happy place where he has spent his entire life with his mother, and Ma is horribly upset and can no longer bring herself to listen to Jack romanticize a place where she has suffered for seven long years. Not to mention that Ma struggles deeply with depression as a result of her situation, often having what Jack perceives as days where she’s “Gone” (stays unresponsive and asleep in bed all day long). Reading Room really reminded me of what it is like to be 5 years old: so blissfully innocent and full of love, and the perspective is written so strongly that I must tip my hat to Emma Donoghue (this must not have been easy to write in any way, shape or form). I’m sure there are many different interpretations and analyses of what the main themes are in this book, but the only important one to me is the strong bond and relationship a mother and child can share. It reminded me so nostalgically of what it was like to be a young child and have such a deep connection with an adult around you, and Jack and Ma’s dangerous situation only intensified their bond and connection: to quote a young Dakota Fanning from I Am Sam, “All you need is love.” The fact that the tabloids and general public in the story chose to gawk and criticize how Ma raised her child in an unthinkable and heartbreaking situation only reinforces that; who are we to dictate and criticize how people should act in unthinkably bad situations? The public always needs something to talk about, even at the expense of other people’s privacy and feelings. 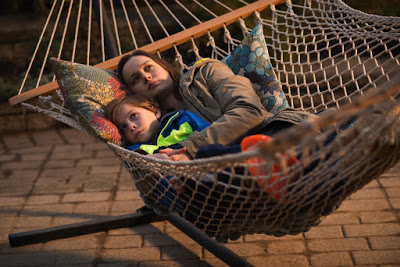 After finishing Room, I of course watched the film adaption, starring Brie Larson in the role of Ma and Jacob Tremblay in the role of Jack. Usually, when I watch a book’s film adaption right after finishing the book, I am more critical and don’t end up enjoying the movie as much, because the story is still so fresh in my mind and I nitpick little details that didn’t translate from the page to the screen. Conversely, when I read a book that is adapted into a movie that comes out a certain amount of time after I’ve read it, the story in the book is less fresh and I end up enjoying the movie because I don’t feel the need to nitpick little details. Room is officially the first book/movie to break that rule of mine. While I did find myself immediately recognizing differences (I’m always going to do that, regardless of how long it’s been), Room the movie can almost stand alone from Room the book. In other words, it’s not one of those movies where you won’t understand its full effect if you haven’t read the book. The story was built for the screen in a really illuminating way, and is actually a rare case of the movie filling in some blanks and question marks from the book: after all, the book is narrated entirely from the perspective of a 5-year-old boy who has never left a space called Room. While it does offer a new and unique perspective that serves the story better than if Ma had narrated, I was still intrigued to know how an adult would perceive Room as opposed to a child who has only ever known this space as his entire world. It only reminds how absolutely heartbreaking the story is, but somehow heartbreaking in a good way. Love is truly all we need. 5/5 stars.