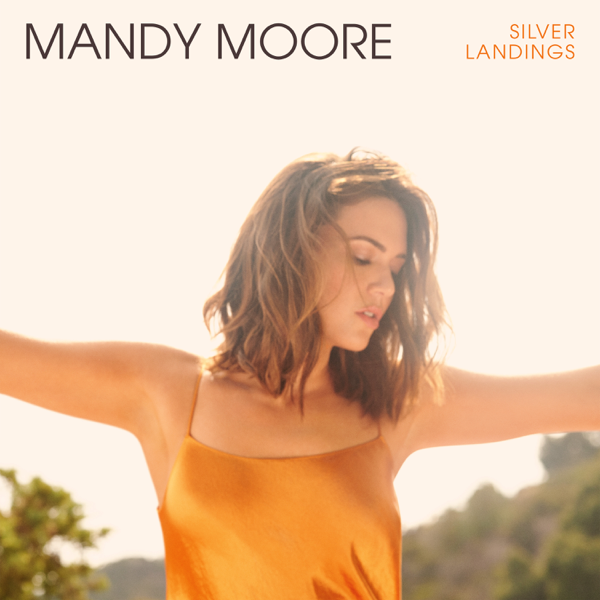 This year is already proving to be something of a renaissance year for pop stars from the early 2000s. Jessica Simpson was on every major news network in February talking about the early days of reality TV while promoting her memoir, Open Book, and Britney Spears has been honored with her very own retrospective fan experience called The Zone in Los Angeles, chronicling her era-defining career. So it only feels appropriate that Mandy Moore has returned to tell her own story with her first studio album in over a decade, Silver Landings.

Although Moore saw the moderate commercial success of her teen pop singles “Candy,” “I Wanna Be With You,” and “In My Pocket” between 1999 and 2001, she often got lost in the mix of other similar teen pop acts at the time. Continually compared to Spears, Simpson, and Christina Aguilera meant that critics often said her music lacked both originality and personality, and historically female pop singers have not been taken very seriously when all they want to do is sing and dance. “I knew I was a distant fourth if there were rankings,” Moore told The New York Times. As a result, Moore began to distance herself more and more from the pop genre with her later albums Coverage, Wild Hope, and Amanda Leigh, most of which centered on folk and country influences. She also began to shift her focus more on acting, with well-remembered film appearances in The Princess Diaries and A Walk to Remember (among many others) and her current Golden Globe and Emmy-nominated lead role on the NBC television drama This Is Us.

Since her last album was released in 2009, the road to Moore’s return to music has been a long and emotionally draining ride. She started mentioning her next album as early as 2012, remarking that she would be collaborating with her then-husband, Ryan Adams, on the project. Moore then described 2014 as “the year of actual progress forward” on her seventh studio album, describing it as being more raw and dangerous than her previous releases. The following year, she pegged 2016 as the “re-emergence of [her] music,” stating that side of her life had been “dormant” for too long.

By 2017, she commented yet again that she was ready to return to music. “I don’t have a record label, but I have a lot of music written,” Moore told People magazine. “Next year, I’ve decided I’m putting it out there!” Flashforward an additional two years, after writing an entire album with her current husband Taylor Goldsmith, we finally get to experience the long-awaited return in the form of Silver Landings.

Not having a record label was not the only challenge Moore faced in her journey to releasing new music: at the time, she had no formal representation, having parted ways with her music manager, and her ex-husband actively discouraged her from working on an album with anyone but him. As Adams’ musical output continued to flourish, Moore’s remained stagnant as she was lost in a sea of self-doubt, having had her creative spark stolen by the thoughts and opinions of a man. Moore and Adams divorced in 2016, and she later contributed to an investigation of sexual misconduct and abuse allegations against the rock singer. But rest assured—she wants to make clear that her new music is in no way influenced by the time she lost with him, and claims that none of the songs on Silver Landings are about him. “I’m so done with that person having taken so much of my life and my time,” Moore said.

On Silver Landings, Moore is her most honest and unapologetic self. If you only remember the bubblegum pop Mandy Moore from the early 2000s, she is very much a thing of the past. The album, which primarily derives from the soft rock, country, and folk genres, is an invitation to join Moore on this ride of emotions, which encompasses everything from growing up, finding your voice, reclaiming that voice, dismissing negativity, and living authentically—because life is too short. “Every picture that I take / Every word that I say / Ends up a footnote on my resume / Are you happy with your life? / Am I happy with mine? / Where is the innocence we left behind?” she sings on “I’d Rather Lose,” the album’s opening track. “If the only way to win is by breaking all the rules / I’d rather lose.”

Moore also stresses the importance of self-worth and care on “Save A Little for Yourself” as well as the long and winding road to harnessing our own strength and sense of self on “When I Wasn’t Watching,” the lead single from Silver Landings. “The fear of what I’m facing in the mirror / Stops me cold and leaves me here / A little lost, a little rough / The lack of answers all led up / To who we are / When no one is looking.”

Reclaiming her voice and narrative is not the only growing up Moore does on the album, either. On “Fifteen,” arguably the album’s most intimate offering, she is the most candid and sincere about the musician she used to be. “She thought she was making music, but she was only filling up seats,” she sings about her former self, who didn’t have very much creative control back then. For Moore, who has repeatedly badmouthed her own back catalog—apologizing for her early pop career after she ventured into more folksy territory—“Fifteen” shows remarkable growth and honesty for the singer.

“For years, I apologized for the creative output of that time but in the making of this new collection of music, I was able to process so much and have come to have great affection for that young girl, that part of me, because she’s the reason I’m here today,” she wrote on her Instagram. “Gaining a little bit more wisdom and distance 20 years on, I’ve learned to embrace that part of me too. She still lives in me. I was doing my level best,” Moore told Rolling Stone. “There’s people out there that really enjoy those records and that music. It’s not necessarily my cup of tea!”

Silver Landings is an intimate portrait of adulthood and a look at life on the other side of achieving fame at a young age. For audiences who grew up listening to artists like Moore, it’s an absolute privilege to get to experience this glimpse into who she is now and how she got there. Her current music might not be as commercially marketable as the “Candy” days, but it just goes to show that Moore’s point of view is important, valid, and will undoubtedly find its audience through the universal resonance of its subject matter.

Jeffrey’s favorites from Silver Landings: “I’d Rather Lose,” “Save A Little for Yourself,” “Fifteen,” “Tryin’ My Best, Los Angeles,” “When I Wasn’t Watching,” “Forgiveness,” and “Silver Landings”