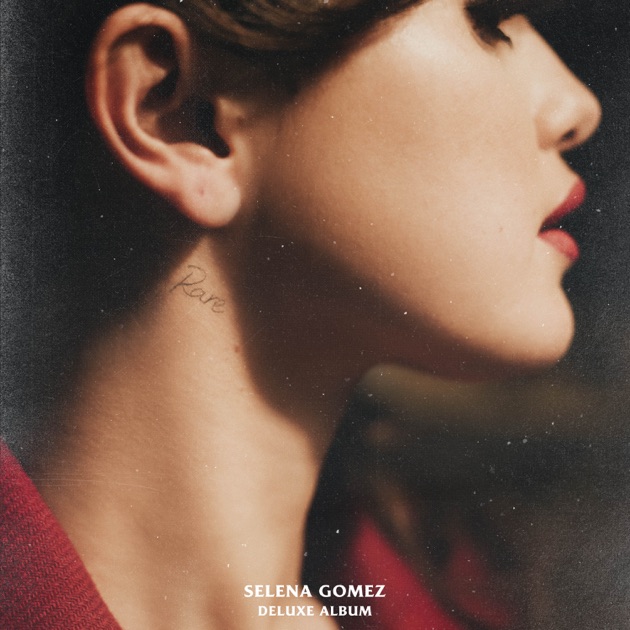 Earlier this year, Selena Gomez fans rejoiced with the release of her third solo album Rare, her first studio release in nearly five years. The album was a long time in the making as Gomez’s personal struggles—including a battle with Lupus, a kidney transplant, and treatment for depression and anxiety—began to overshadow her music career. Rare is undoubtedly her most personal and autobiographical work to date, and with the release of a new deluxe edition including three new tracks, Gomez has proven that we are at our most powerful when we are vulnerable.

The implication that Rare was going to be, to borrow the words of Lindsay Lohan, something a little more personal was evident almost immediately with the release of its lead single last October, “Lose You to Love Me.” The piano ballad, which the general public assumed was about her notorious on-and-off relationship with Justin Bieber, became Gomez’s first single to hit number one on the Billboard Hot 100 chart in the United States—a crowning achievement for an artist who made her name on Disney Channel and mainstream dance songs.

It wouldn’t be outrageous to suggest that Gomez isn’t as vocally talented as some of her contemporaries, which might explain why she’s had a harder time shedding her Disney image than Miley Cyrus or Demi Lovato. But as Kelly Clarkson explained to her during an appearance on her talk show, the best singers in the world are not necessarily the loudest: the best singers in the world are the ones that move us. And on the deluxe edition of Rare, Gomez delivers even more of her vulnerable side that is nothing short of moving.

Not only does the new edition include some new songs, but the track listing is in an entirely different order. On the clubby new opener “Boyfriend,” Gomez laments that’s all she wants—but she just keeps on hitting dead ends. While the singer did clarify on Instagram that wanting a boyfriend is the last thing on her mind during this global pandemic, the catchy track hits differently when “Lose You to Love Me” is placed right after it—putting an incredible emphasis on the importance of self-love and care.

On “Souvenir,” she lusts after a summer love affair: “Swimming in your eyes, in your eyes, in your eyes / Egyptian blue / Something I’ve never had without you.” On “She,” a retelling of “Lucky” by Britney Spears, she recognizes that any mistakes she’s made up until this point were worth the lessons: “She was too young to be the Hollywood type / Too pure to understand the lows and the highs / She didn’t know if she was gonna survive / It all got so much better with time.” The deluxe edition also includes a studio version of “Feel Me,” a track Gomez initially debuted on her Revival tour which is certainly one of the best songs in her entire catalog.

What makes the deluxe edition of Rare even more compelling than its original edition is not only the addition of some more personal offerings but its ability to elevate its existing songs to a higher quality. Tracks like “Crowded Room” and “A Sweeter Place,” both collaborations with 6LACK and Kid Cudi respectively, felt a bit like skip-worthy filler the first time around, but now their more intimate lyrics stand out. And above all, we can’t deny that most dance-pop albums are just better with a longer track listing. It’s nice when some albums are shorter because it typically means minimal filler, but when you are dancing, you don’t want the vibe to end—especially during a global health crisis. It might be awhile before we’re all dancing again, but in the meantime, the deluxe edition of Rare wants us to hold out hope that all the drama will soon be in remission.