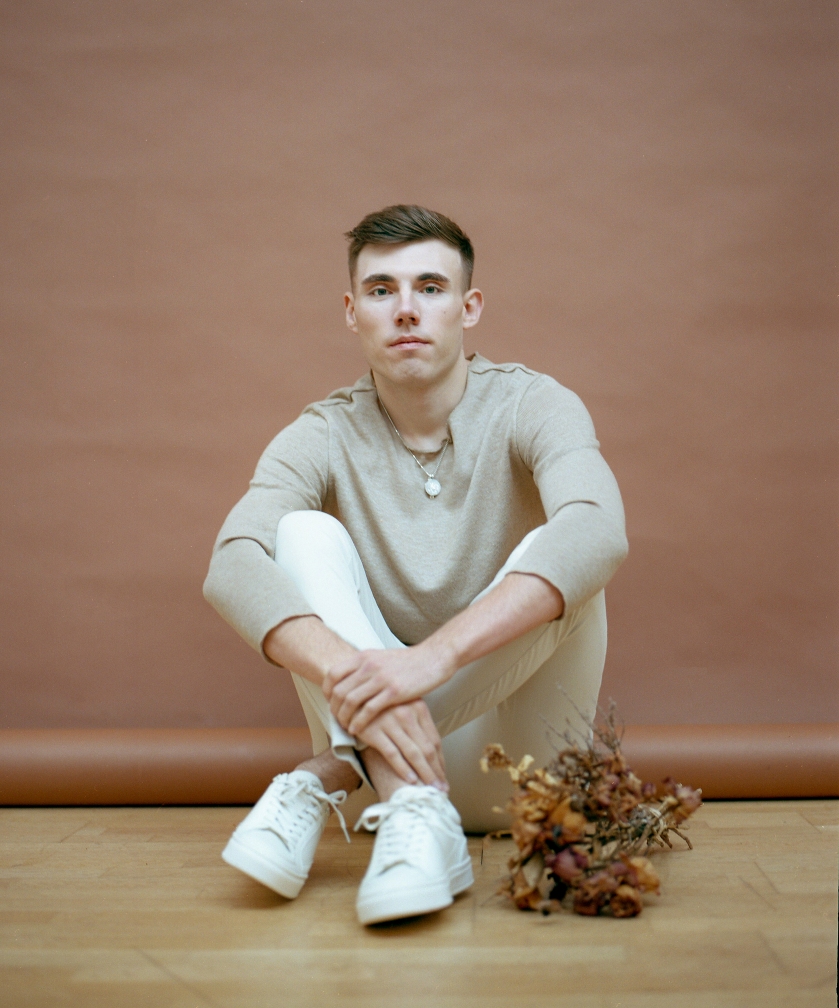 Asher Knight is a singer and songwriter from Bradford, UK. He discovered his passion for music and singing as a teenager and was initially reluctant to pursue a career in music after suffering from low self-esteem due to being a victim of bad bullying in school, but since then the musician has worked hard at developing his self-confidence and feeling more at home in his own skin.

Moving to London to focus on music full-time, Knight honed his musical craft in the capital. He has built an impressive catalogue of songs, working alongside songwriting greats such as Cutfather, Mark Owen, Jon Maguire, Red Triangle, Olly Murs, and James Blunt. His career has thus far taken him on multiple tours across the length and breadth of the UK, supporting The Vamps, Boyzone, Steps, Will Young, All Saints, and more. Knight is currently gearing up to release a new EP this year, with the touching lead single “Alone” out everywhere now.

I had the chance to talk with Asher all about his new music for this week’s edition of 20 Questions. He explained to me the relatable circumstances that inspired the single, why self-love is the most important part of life, and much more.

How old were you when you decided you were going to be a musician?

I was around 16 when I decided. It was a bit of a shock to my parents as I didn’t really show any interest in music but had always been a performer, so it felt like a natural step.

Musically, who are you most inspired by?

I am hugely inspired by all music that I hear, but artists like Taylor Swift have inspired me lots as each song is personal and tells a story that everyone can relate too.

That’s really hard to say, but Michael Jackson and Beyoncé are two of my favorite artists as their live performances are incredible and inspirational.

Who are your style icons?

I don’t really have a style icon as such, I love to browse Instagram and see what I like. I always try to keep it simple and mainly to neutral colors.

Your new single “Alone” touches on many topics that feel poignantly relevant during an age of social isolation. What exactly inspired the songwriting process?

Couple of years ago I felt very alone and unloved. It was a really tough time for me but eventually I realized I was loved and cared about but just didn’t see it. It was tough trying to accept that love even when I realized it, as I didn’t feel good enough, but the truth is I was always worthy of love.

What is your favorite type of song to write?

I love to write songs about love, as it’s so varied. There are all kinds of love, all different emotions and ways that spark first happens, so it’s always fun to write about.

What would you say is the general theme of your music?

Acceptance seems to be the overwhelming theme of most of my music. It can be really hard in a world of social media to live up to what people expect and in truth people don’t need to feel that pressure. If you accept yourself, that’s more important than trying to fit in.

“Countdown” by Beyoncé is literally a song I will never get sick of. It’s always on my playlist.

The best piece of advice you’ve ever received?

Be yourself. It’s an easy thing to say but hard to put into action. It took me a long time to just be myself, but now I feel comfortable being myself and life has become more exciting.

Below Deck is a rather addictive show. I’m not really into reality TV, but I love to see all the behind the scenes of people’s jobs, which the show does.

Out of all the songs you’ve released so far, which one is your favorite?

It has to be “Alone.” It’s the most personal song I have done yet—covering the way I had felt for years. I hope people can relate.

What It Takes by Stephen Schwarnam has to be my favorite book. I’m not into novels but love to hear about people’s life stories and I found it moving and inspiring. A lot of life lessons to learn from him.

One movie that will always make you cry?

A lot of movies can make me cry, but Woman in Gold makes me cry. It’s all about a woman who escaped Germany during WWII and is trying to reclaim a family portrait and comes across huge obstacles. It’s a true story and that makes it more heartbreaking.

You were at first reluctant to pursue a career in music due to low self-esteem caused by being a victim of bullying in school. What gave you the push to work past that and begin pursuing your dreams?

I had to give myself that push, even when I felt insecure and not good enough. I had to follow my dream. I think we all have a plan in life, and I knew mine was in music, even though I didn’t know how to get there.

Taylor Swift would be amazing to be stuck on a long flight with, as she is one of the best songwriters in the world. It would be interesting to hear her perspective on my music and advice she would give me for going forward.

The best song you’ve heard in the last year?

Well recently I have loved the “Wellerman” song. Bit of an odd choice but I love how an old traditional song has become popular again and been reinvented. Also, I think “Sweet Melody” by Little Mix has been amazing, as it’s vocal, incredible, and great listening while walking, which I have done lots of this year.

One artist you’d love to collaborate with one day?

This is hard as I want to collaborate with all different artists, but Taylor Swift would be amazing as there would be so much to learn from her but also be fun to collaborate on writing a song.

Depends on my mood, but most of the time comedy. There is nothing better than a cast of great comedians on a show like Mrs. Brown’s Boys or on an American sitcom.

I think talking to friends each day on FaceTime has been amazing and doing a course online which has helped me lots. I also did some volunteer work locally by helping to clean and be a steward which has been amazing.

What can we expect to hear next from you?

Lots. I have an EP coming out which I am looking forward to releasing. The songs are personal but very relatable as lots of people have gone through the same situations. I’m very excited to see how people respond to the new music.