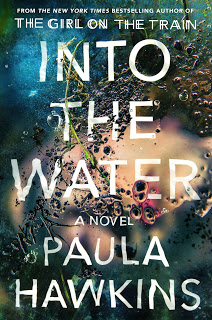 I tried so hard with this one, but unfortunately, no. Let’s start at the beginning.

Paula Hawkins more than proved herself worth my money with her first novel, The Girl on the Train. Even though her second novel, Into the Water, sounded completely different, I was excited to read it because I do believe that Hawkins is a good writer. Even though I did not end up enjoying Into the Water, I do maintain that she is a skilled author and is good at what she does.

Hawkins’ second novel encompasses several storylines, all with a common theme: a series of drownings in a small British town in a lake where drownings like these seem to be a recurring event throughout history. Sounds simple enough, right? Well, the thing that ultimately kills Into the Water is that the cast of characters is way too damn big. There are way too many perspective changes. Books with multiple points of view are usually among my favorites, and I think this is the first book I’ve ever disliked for that reason. The perspective just shifts way too often, and as a result I can never tell what’s going on. What makes that all the more worse is that I think Hawkins did that on purpose, because all of these people are pretty despicable and untrustworthy. So the constant perspective changes makes it difficult to ever warm up to any of the characters or truly know them as characters and I think it was deliberately written that way, but it made for a difficult and unpleasant reading experience for me. Just to paint you more of a picture of how many characters there are: There is Lena, daughter of the deceased Nel, and Nel’s sister Jules; there’s both of the detectives, Sean Townsend and Erin Morgan, as well as Sean’s wife, Helen, and his father, Patrick. There’s the teacher from Lena’s school, Mark Henderson, and the local “psychic”, Nickie Sage. There’s Louise Whittaker, whose daughter died, and also her son, Josh. I’m pretty sure I’ve even forgotten some. All of these characters have their own chapters and points of view throughout the book and FOR THE LOVE OF GOD, NO. Just too many perspective changes. For example, there are 14 perspective changes in the first part alone. WHAT EVEN. NO. TOO MUCH.

As if the constant perspective changes which made it near impossible for me to decipher what was going on for the better part of the book (or enjoy what I was reading, really) weren’t enough to digest, there are other problems with Into the Water. Even though I knew going in that it was going to be nothing like The Girl on the Train, I was expecting more of the suspense Hawkins employed in her first novel. Into the Water is very character-driven (well, as character driven as it can be, given there are minimal chances to truly get to know any of the characters), which I have no issue with; character-driven novels are very often my favorite to read. But a definite lack of suspense combined with the impossibility to truly know any of the characters because we’re constantly shifting to other people’s perspectives made for a largely boring reading experience. I can guarantee that if Hawkins had employed some of the suspense writing she had used in The Girl on the Train that I would have enjoyed Into the Water just a little bit more. However, as I already said, there were moments in this book that reminded me Hawkins is a good writer. Even though I didn’t feel like I could get to know any of the characters, some of her character-driven writing brought me close and reminded me of what made her first novel so endearingly popular and genuinely good.

My last issue with Into the Water is that the ending was too anticlimactic. Other reviewers seem to disagree, but I was totally banking on an “OMG, WTF” resolution to the story. Maybe I failed to be shocked by the ending because as the story drew twistier and twistier, it failed to make any realistic sense. This leads me to believe that the allegedly page-turning plot of Into the Water was concocted and written by Hawkins solely for shock value, which doesn’t really work considering she was clearly going for a quieter, less suspenseful story to follow The Girl on the Train. I don’t know, all of that just makes me raise an eyebrow. I would have to pick her brain on that.

I won’t discourage you from checking out Into the Water because you presumably loved The Girl on the Train, but just remember: it’s not the same kind of book on any level (it’s a thriller, but definitely not the same kind of thriller). Not in tone, not in style, and (at least in my opinion) not in quality. 2/5 stars.