From the message of believing in the power within yourself in A Wrinkle in Time, to the horrifying truth behind conversion therapy in Boy Erased, to the overt campiness in A Simple Favor—these are my picks for the 10 best movies of the year.

A Wrinkle in Time

Ava DuVernay’s ambitious adaption of Madeleine L’Engle’s classic children’s book opened to largely mixed reviews in March—mostly on the negative side—with several critics commenting that the film’s emotional and spiritual message was lost in its colorful and extensive special effects. A Wrinkle in Time was one of my favorite books when I was in elementary school and while I haven’t read it since and I can admit this was a bit of a loose adaptation, the story itself is strange—and it’s supposed to be. I struggle to come up with a more difficult story to translate from page to screen than A Wrinkle in Time, and I think Ava DuVernay did an excellent and imaginative job with it. I also think this adaptation will have a lasting effect on the innocent minds who experience it, especially of what it’s like to grow up as a black girl. It’s also worth mentioning that while the film lost more money than it made, A Wrinkle in Time became the first live-action film with a nine-digit budget to be directed by a woman of color.

It may not be Amy Schumer’s best movie, but the questions that I Feel Pretty asks are ones that we are often afraid to face in our world that continues to be obsessed with looks and thin bodies. The film’s strongest point, however, is Michelle Williams’ impeccable comedic timing—people need to start casting that woman in more comedies.

Life of the Party

Ever since Melissa McCarthy became one of the biggest breakout film stars of the 2010s, starring in a string of hit comedies following her appearance in Bridesmaids, she has been exploring other routes: 2014’s Tammy and St. Vincent were heartfelt dramedies, and 2015’s Spy failed to live up to the comedic timing of 2013’s Identity Thief and The Heat. 2016’s The Boss and Ghostbusters boosted McCarthy up again, but this year’s Life of the Party is definitely her best work in years—McCarthy stars as a middle-aged mom whose husband leaves her after their daughter enters college. Faced with the reality that she’s devoted too much of herself to her family at the expense of finishing her education, she decides to return to school…alongside her daughter. Maya Rudolph and Debby Ryan also appear in strong supporting roles. 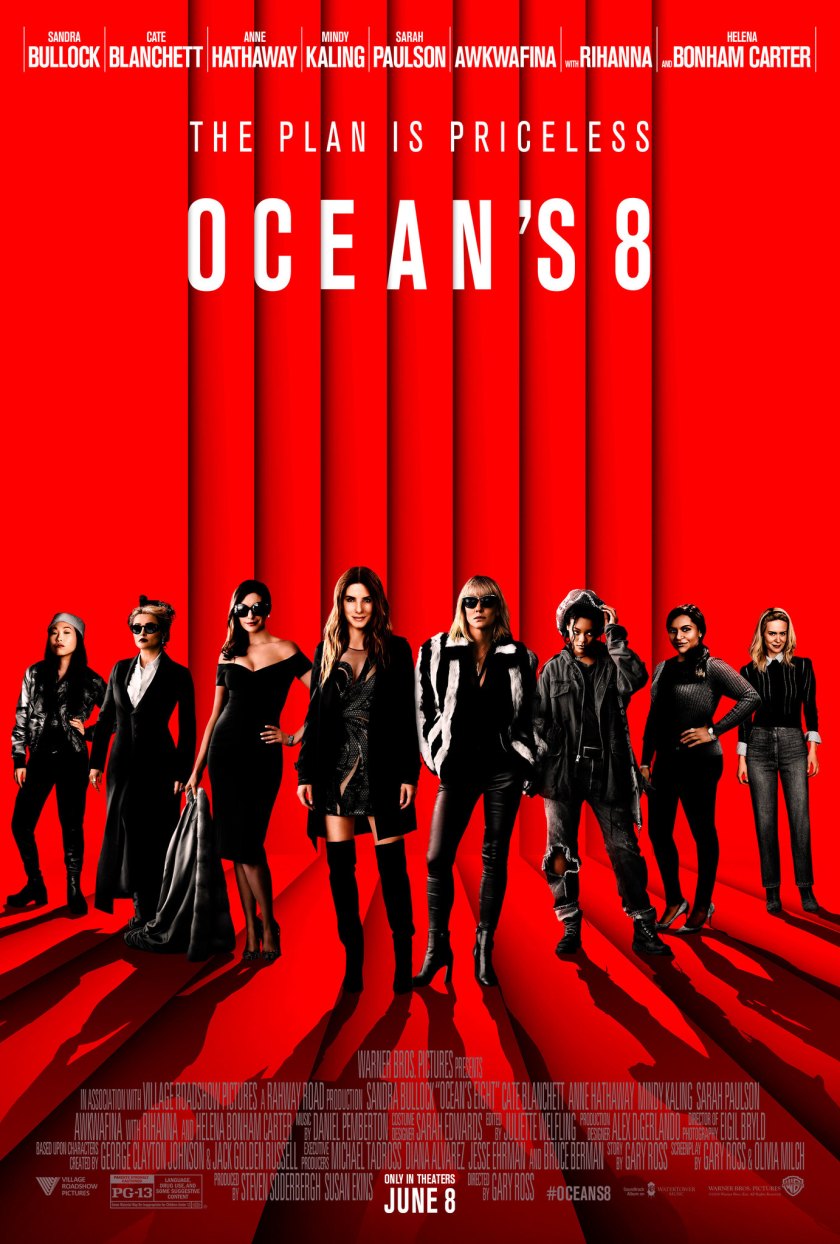 The script might have been a bit underwhelming and left something to be desired in the form of cleverness, but Ocean’s 8 is memorable for the performances of its badass female cast—Sandra Bullock, Cate Blanchett, Anne Hathaway, Mindy Kaling, Sarah Paulson, and Awkwafina and Rihanna in breakout supporting roles.

Won’t You Be My Neighbor?

I don’t trust anyone who got through the Mister Rogers documentary with dry eyes. That is all.

The long-awaited sequel to the first installment was worth the 14-year wait—although it’s definitely a wonder why it took so long—and excels simply by picking up right where the first one left off. A fun and action-packed storyline is enough to satisfy anyone who waited those 14 years to see these characters again.

Big Little Lies meets The Girl on the Train meets I Know What You Did Last Summer. Just as you might predict, the story becomes a bit far-fetched by a certain point and the ending is messy, but Anna Kendrick and Blake Lively’s breathtaking performances make you want to overlook any and all indiscretions.

A Star is Born

Where to even begin—from Bradley Cooper’s impeccable direction and deep vocal ability, to Lady Gaga’s indescribable performance as a true star on the rise that paralleled her own beginnings in the industry, to the excellent but tragically overhyped soundtrack… a true masterpiece. Also, just a friendly reminder going into award season where A Star is Born is bound to see some attention—it’s okay to not like popular things or dislike what others love, but it’s not okay to endlessly rant about how you don’t understand why everyone loves them and/or why they are winning accolades. Believe me when I say, hating popular things does not make you an interesting person.

Joel Edgerton’s haunting adaption of Garrard Conley’s memoir of the same name (which I reviewed here) won’t soon leave your mind after you see it. Boy Erased tells the fictionalized account of Jarred Eamons (Lucas Hedges) who, after being outed to his Baptist parents in Arkansas at the age of 19, is forced to either attend conversion therapy, or be permanently disowned by his family. The film chronicles the disturbing beliefs of those who run conversion therapy programs, so riddled by internalized homophobia that they mask it with religion and call it love, as well as the devastatingly traumatic effects on those who take part in it. Nicole Kidman also co-stars as Jarred’s mother and, predictably, seals the deal. I highly recommend Boy Erased, considering conversion therapy is still legal in too many states as well as other parts of the world.

I will admit to groaning when this project was first announced, as it was made to sound that they were remaking 1964’s Mary Poppins, which was ultimately not the case—Mary Poppins Returns is the long-awaited sequel to the classic live-action Disney musical, and it does not disappoint. While Emily Blunt’s portrayal of the world’s most famous nanny is definitely a caricature of Julie Andrews’ iconic portrayal, she also puts her own spin on the character, which is very satisfying. Something else that took me by surprise is how much Mary Poppins Returns is closely based on the other books in the Mary Poppins book series by P.L. Travers on which the original film was based. While the original film was always extraordinary, it was very out of touch with the characters in the book—but Mary Poppins Returns definitely brought the books more to mind. Several reviewers have even commented that Emily Blunt’s Mary Poppins is much more vein and short-tempered than Julie Andrews’ Mary Poppins, which is a clear reflection of the character in the books (which would make sense, given that Emily Blunt has stated that she read the books several times in preparation for the film). Lin-Manuel Miranda also shines as Jack, a cockney lamplighter and former apprentice of Bert from the original film, and the music and soundtrack is also just as heartfelt and memorable as you’d want it to be. All in all, this lifelong Mary Poppins fan was very satisfied with Mary Poppins Returns.