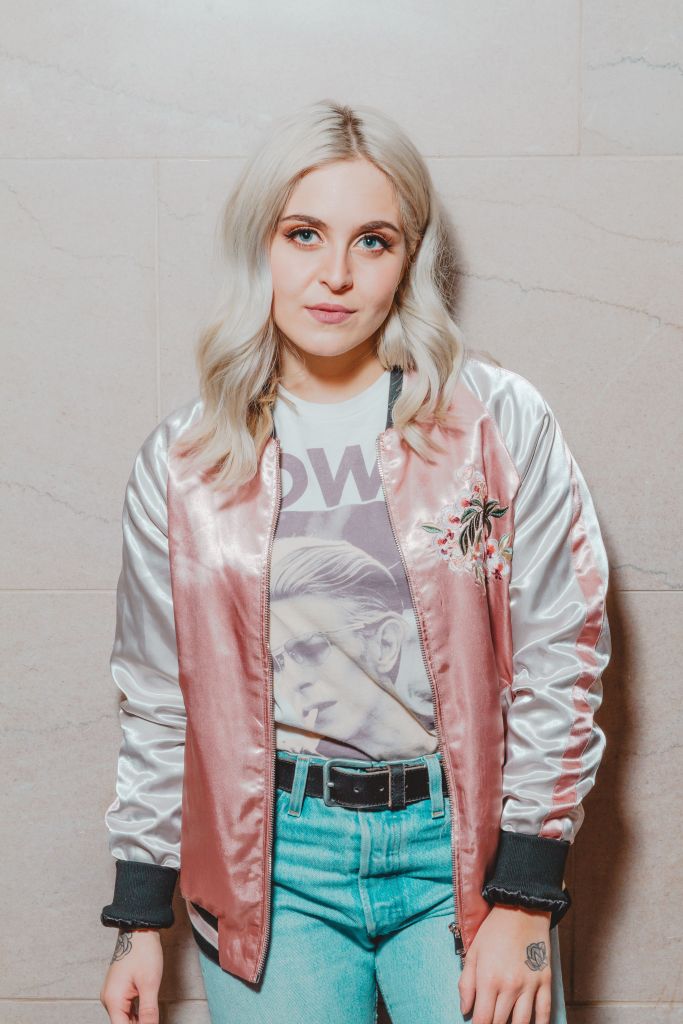 A little bit country and a little alternative with a dash of Top 40 thrown in, Canadian singer/songwriter Madison Olds knows a thing or two about writing a song. Having recently finished in first place in the Screenshot Category at the International Songwriting Competition, the merits in her songwriting abilities practically speak for themselves—especially with the release of her latest singles “Best Part of Me” and “3’s A Crowd.”

Olds’ debut album Blue opened several doors back in 2018, including tour stops with Willie Nelson, Kacey Musgraves, Neon Dreams, Scott Helman, and more. Her feature single “Moments in the Mountains,” written for the 2018 B.C. Winter Games in Kamloops, was selected as the soundtrack for the Fairmont Pacific Rim in Vancouver, and her follow-up single “Thank You” launched Olds up the Hot Adult Contemporary radio charts in Canada. Since then, Blue has garnered over two million streams, creating lots of anticipation for what’s coming next.

I got the chance to speak with Madison for a new edition of 20 Questions, and she told me all about growing up in a musical household, which artists inspire her the most, figuring out self-confidence, and which Disney movie always makes her cry.

What made you want to become a musician?

Growing up, my father played music and spent his childhood studying jazz, so music and instruments were always around the house. I always remember singing and dancing as a child and spending every moment jumping in front of my parents’ friends trying to perform something for them. Whether it was a song I wrote, a bad script I made, or an interpretive dance, I always wanted to be in front of an audience. I started dancing when I was 4 and loved musical theatre which combined both singing, dancing, and acting. By the time I was 12, I got my first guitar and that changed everything! I started writing and then at 15 I started busking downtown. After that I was in a country band, went back and forth to Nashville, wrote my heart out, and started to put out music. I’m not sure if there was an exact moment that I decided I want to be a musician or if it was something I had always done and as I got older, I just became a bit more serious.

Which genres would you describe your music as falling into?

I would describe my new music as Alternative/Gritty/Pop.

When are you the most inspired?

I find that inspiration strikes me at literally any time! One of my favorite times that I get hit by inspiration is in the middle of the night. I’ll wake up, write down like two verses and a chorus, and do a little memo while in bed and then fall back asleep. Then when the morning comes, I get a coffee and I basically have a song done. It makes me feel so much more productive than I actually am.

My absolute, no questions asked, favorite artist of all-time would have to be David Bowie.

A movie that will always make you cry?

Ugh, even if I think about it, I tear up… but Disney’s Inside Out. Something about childhood memories being forgotten just kills me inside. But also, basically any Disney movie wrecks me, so maybe I’m just a wimp.

The last book you finished?

The Secret and I’ve already started it again.

What’s one vice you wish you could give up?

Snacking. I’m the worst snacker… I’ll wake up in the middle of the night to eat like a slice of pizza or a granola bar if I’m desperate. I wish I could just eat my meals but it’s almost like I get bored and fill my time with snacks. There are worse things I could have as vices, but I’d love to kick it!

Out of all the songs you’ve released so far, which is your favorite and why?

I feel like it’s one of those things where every time I release a new song, that’s my favorite. I think I just get tired of hearing my old stuff so much that when a new one comes out I get excited again!

One piece of advice that you’d give to your younger self?

Grow a pair and ask for what you want! I wish I was more confident in myself when I was younger and believed in my self-worth more.

HARRY STYLES! He just seems like a pretty down-to-earth musician with a ton of real soul. I love his retro aesthetic and any man who rocks flare pants like him must be pretty badass.

Gilmore Girls, and you best believe I’ve already restarted it.

Who is your biggest influence as an artist?

I’m honestly influenced by so many artists when it comes to sound, but if I had to pick one artist who embodies everything that inspires me, performance, attitude, music, I would have to say Freddie Mercury. He will always be what I strive for when it comes to being an artist.

In three words or less, how would you describe opening for Kacey Musgraves?

Without any shame… Tik Tok. I love how light and easy going the app is. Nothing has to be perfect and it’s really just about having fun on there.

I could listen to “A Moment Apart” by Odesza. Something about it just makes me feel so happy and positive about life. I will never get tired of it.

If you weren’t a singer, which other career would you want for yourself?

I probably would have picked something to do with animals. I have a huge heart for animals and just want to save all of them. My plan was actually to go to vet school, but music kind of took off.

One thing that’s been keeping you sane during the COVID-19 pandemic?

My family and dogs. We have been staying pretty active and being able to hike with my dog has really kept me healthy during these crazy times.

It costs literally nothing to not be an asshole.

In a perfect world, where would you like to see yourself five years from now?

I have this ultimate goal list of mine, and the number one thing I always say is Madison at Madison Square Garden. I want to see Madison Squared in 5 years.