Well hello you once again, and welcome to the latest edition of The Best Books I Read This Season. The first few months of this year offered me the time and space to start feeling like a human again after the events of last year, despite the fact that my mind and body are still experiencing trauma flashbacks with the start of every new season. My therapist says it’s called Post-Traumatic Resilience, dahling, look it up! *hair flip* All jokes aside, as much as our extroverted society and culture is eager to get back to gatherings and socializing as a way to either process their own trauma caused by Miss Rona or to forget that it ever happened, it’s not going to be that easy for everyone. So just a friendly reminder to continue being kind and patient with others and yourself above all!

As the pandemic has forced me again and again to completely re-evaluate the way I read (and the way I do everything, pretty much), I’ve felt myself start to enjoy books again the way I did as a kid, before reading became a way to fill every silence to distract from the mounting anxieties of adult life. All of that to say, I’ve just been trying to listen to myself a bit more in all areas, but especially when it comes to reading. Because I think we’ve all learned over and over again recently that life is just too precious and fragile to be taken for granted that way. Read on for the best books I got into this spring. 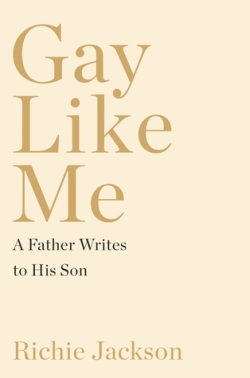 Gay Like Me: A Father Writes to His Son by Richie Jackson
“Being gay is a gift. It’s the world revealing itself in all its glorious otherness, saying go it your own way, make it yours. The revelations are endless. There are no expectations of what you need to be or to do. It is the blankest of canvases. It’s freedom. It’s the gift of possibility.” When Richie Jackson’s 18-year-old son born through surrogacy came out to him, the successful producer, now in his fifties, was compelled to reflect on his experiences and share his wisdom on life for LGBTQ Americans over the past half-century. Gay Like Me is a celebration of gay identity and parenting, and a powerful warning for his son, other gay men and the world. Jackson looks back at his own journey as a gay man coming of age through decades of political and cultural turmoil. Angry, proud, fierce, tender, it is powerful letter of love from a father to a son that holds lasting insight for us all.

Only Mostly Devastated by Sophie Gonzales
Will Tavares is the dream summer fling―he’s fun, affectionate, kind―but just when Ollie thinks he’s found his Happily Ever After, summer vacation ends and Will stops texting Ollie back. Now Ollie is one prince short of his fairy tale ending, and to complicate the fairy tale further, a family emergency sees Ollie uprooted and enrolled at a new school across the country. Which he minds a little less when he realizes it’s the same school Will goes to…except Ollie finds that the sweet, comfortably queer guy he knew from summer isn’t the same one attending Collinswood High. This Will is a class clown, closeted―and, to be honest, a bit of a jerk. Ollie has no intention of pining after a guy who clearly isn’t ready for a relationship, especially since this new, bro-y jock version of Will seems to go from hot to cold every other week. But then Will starts “coincidentally” popping up in every area of Ollie’s life, from music class to the lunch table, and Ollie finds his resolve weakening. The last time he gave Will his heart, Will handed it back to him trampled and battered. Ollie would have to be an idiot to trust him with it again. Right? Right.

So this book just waltzed in here and completely gutted me without my consent? I clutched my heart, audibly gasped, got dry mouth, butterflies in the stomach, and cried like a baby several times? The AUDACITY? Anyway 10/10 would recommend. (I also wrote a bit about the experience of consuming gay media that gets everything right for Book Riot here.)

Gay Bar: Why We Went Out by Jeremy Atherton Lin
Strobing lights and dark rooms; throbbing house and drag queens on counters; first kisses, last call: the gay bar has long been a place of solidarity and sexual expression—whatever your scene, whoever you’re seeking. But in urban centers around the world, they are closing, a cultural demolition that has Jeremy Atherton Lin wondering: what was the gay bar? How have they shaped him? And could this spell the end of gay identity as we know it? In Gay Bar, the author embarks upon a transatlantic tour of the hangouts that marked his life, with each club, pub, and dive revealing itself to be a palimpsest of queer history. The journey that emerges is a stylish and nuanced inquiry into the connection between place and identity—a tale of liberation, but one that invites us to go beyond the simplified Stonewall mythology and enter lesser-known battlefields in the struggle to carve out a territory. Elegiac, randy, and sparkling with wry wit, Gay Bar is at once a serious critical inquiry, a love story and an epic night out to remember. 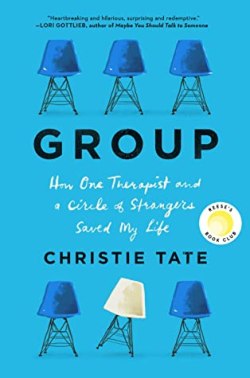 Group: How One Therapist and a Circle of Strangers Saved My Life by Christie Tate
Christie Tate had just been named the top student in her law school class and finally had her eating disorder under control. Why then was she driving through Chicago fantasizing about her own death? Why was she envisioning putting an end to the isolation and sadness that still plagued her in spite of her achievements? Enter Dr. Rosen, a therapist who calmly assures her that if she joins one of his psychotherapy groups, he can transform her life. All she has to do is show up and be honest. About everything—her eating habits, childhood, sexual history, etc. Christie is skeptical, insisting that that she is defective, beyond cure. But Dr. Rosen issues a nine-word prescription that will change everything: “You don’t need a cure, you need a witness.” So begins her entry into the strange, terrifying, and ultimately life-changing world of group therapy. Christie is initially put off by Dr. Rosen’s outlandish directives, but as her defenses break down and she comes to trust Dr. Rosen and to depend on the sessions and the prescribed nightly phone calls with various group members, she begins to understand what it means to connect. 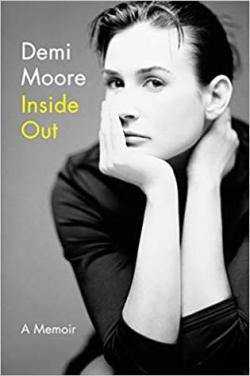 Inside Out by Demi Moore
“I can’t fix everything. I can feel sorrow and self-doubt and pain and know that those are just feelings, and like everything else in this life, they will pass.” For decades, Demi Moore has been synonymous with celebrity. From iconic film roles to high-profile relationships, Moore has never been far from the spotlight—or the headlines. Even as she was becoming the highest paid actress in Hollywood, however, she was always outrunning her past, just one step ahead of the doubts and insecurities that defined her childhood. Throughout her rise to fame and during some of the most pivotal moments of her life, Moore battled addiction, body image issues, and childhood trauma that would follow her for years—all while juggling a skyrocketing career and at times negative public perception. As her success grew, she found herself questioning if she belonged in Hollywood, if she was a good mother, a good actress—and, always, if she was simply good enough. As much as her story is about adversity, it is also about tremendous resilience. In this deeply candid and reflective memoir, Moore pulls back the curtain and opens up about her career and personal life—laying bare her tumultuous relationship with her mother, her marriages, her struggles balancing stardom with raising a family, and her journey toward open heartedness. Inside Out is a story of survival, success, and surrender—a wrenchingly honest portrayal of one woman’s at once ordinary and iconic life. 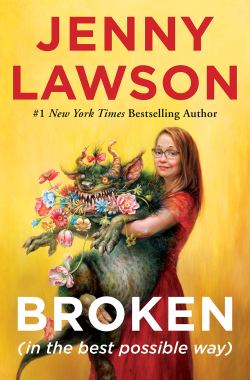 Broken (In the Best Possible Way) by Jenny Lawson
As Jenny Lawson’s hundreds of thousands of fans know, she suffers from depression. In Broken, Lawson brings readers along on her mental and physical health journey, offering heartbreaking and hilarious anecdotes along the way. With people experiencing anxiety and depression now more than ever, she humanizes what we all face in an all-too-real way, reassuring us that we’re not alone and making us laugh while doing it. From the business ideas that she wants to pitch to Shark Tank to the reason why she can never go back to the post office, Broken leaves nothing to the imagination in the most satisfying way. And of course, Lawson’s long-suffering husband Victor―the Ricky to her Lucille Ball―is present throughout. A treat for her already existing fans, and destined to convert new ones, Broken is a beacon of hope and a wellspring of laughter when we all need it most. 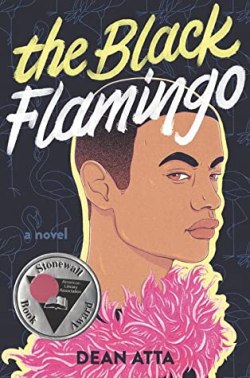 The Black Flamingo by Dean Atta
A fierce coming-of-age verse novel about identity and the power of drag, from acclaimed poet and performer Dean Atta. Michael is a mixed-race gay teen growing up in London. All his life, he’s navigated what it means to be Greek-Cypriot and Jamaican—but never quite feeling Greek or Black enough. As he gets older, Michael’s coming out is only the start of learning who he is and where he fits in. When he discovers the Drag Society, he finally finds where he belongs—and the Black Flamingo is born. Told with raw honesty, insight, and lyricism, this debut explores the layers of identity that make us who we are—and allow us to shine.