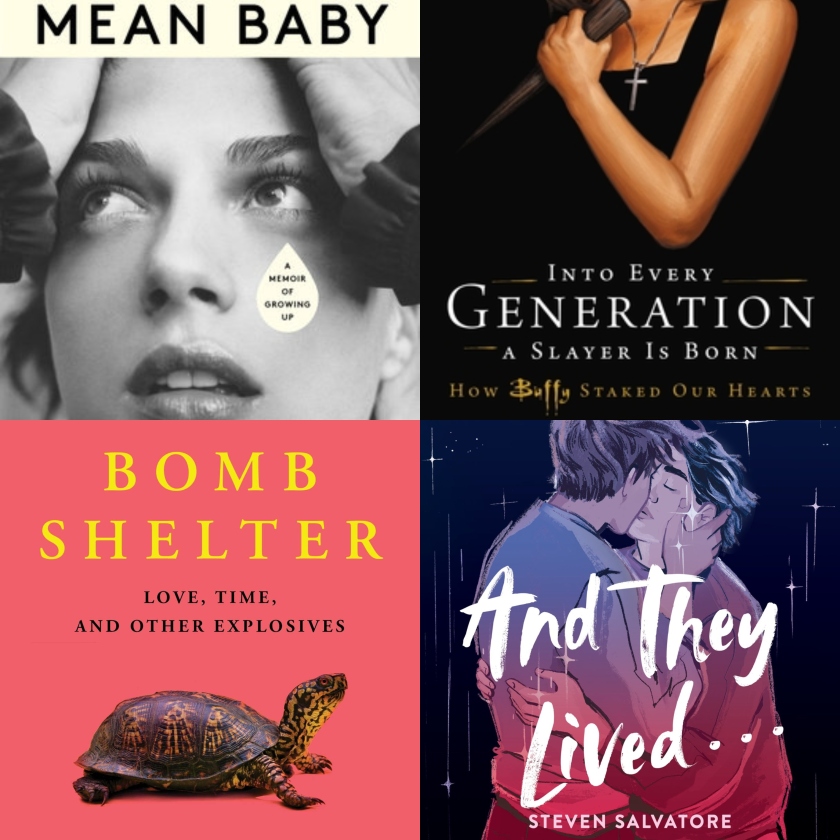 Hey there hi there ho there, welcome back to the latest installment of The Best Books I Read This Season. Back in 2020, I wrote about how I’d broken up with my TBR pile—the one I meticulously added and subtracted from for years, believing that before I dove into the highly anticipated new release I just bought, I had to read something older from my pile first. I figured it was my way of getting ahead of pretty much every bookworm meme you will find on social media, pointing out the classic hypocrisy in buying more and more new books when you have plenty of unread books at home.

But if life in lockdown taught me anything, it was life is absolutely too short and fragile for that nonsense. So I started buying new books and reading them right away. Why should they have to sit and collect dust while I make my way through something else first? Why should I deny myself the pleasure of diving into a book that just came out when I really want to read it? Not denying myself little pleasures like this came to greatly improve my quality of life, but here’s the thing—when you start buying books and reading them right away, then it feels like you’re left with no books to read. All of that to say, dear reader, that no one is immune from the double-edged sword of the reading life, so read what you want, when you want. Scroll on for the best books I read this spring. 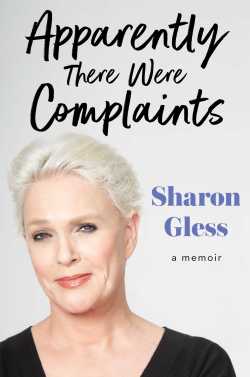 Apparently There Were Complaints by Sharon Gless
A fifth-generation Californian, Sharon Gless knew from a young age that she wanted to be an actress. After some rocky teenage years that included Sharon’s parents’ divorce and some minor (and not-so-minor) rebellion, Gless landed a coveted spot as an exclusive contract player for Universal Studios. In 1982, she stepped into the role of New York Police Detective Christine Cagney for the series Cagney & Lacey, which eventually reached an audience of 30 million weekly viewers and gave Gless two Emmy Awards. Apparently There Were Complaints delves into Gless’ remarkable career and explores her complicated family, struggles with alcoholism, and her fear of romantic commitment as well as her encounters with some of Hollywood’s biggest names. Brutally honest and incredibly relatable, Gless puts it all out on the page in the same way she has lived—never with moderation. 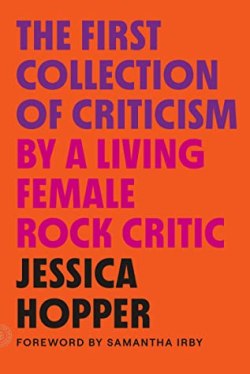 The First Collection of Criticism by a Living Female Rock Critic (Revised & Expanded) by Jessica Hopper
Jessica Hopper’s music criticism has earned her a reputation as a firebrand, a keen observer, and fearless critic not just of music but the culture around it. With this volume spanning from her punk fanzine roots to her landmark piece on R. Kelly’s past, The First Collection leaves no doubt why The New York Times has called Hopper’s work influential. Not merely a selection of two decades of Hopper’s most engaging, thoughtful, and humorous writing, this book documents the last 20 years of American music-making and the shifting landscape of music consumption. The book journeys through the truths of Riot Grrrl’s empowering insurgence, decamps to Gary, IN, on the eve of Michael Jackson’s death, explodes the grunge-era mythologies of Nirvana and Courtney Love, and examines emo’s rise. Through this vast range of album reviews, essays, columns, interviews, and oral histories, Hopper chronicles what it is to be truly obsessed with music. The pieces in The First Collection send us digging deep into our record collections, searching to re-hear what we loved and hated, makes us reconsider the art, trash, and politics Hopper illuminates, helping us to make sense of what matters to us most. 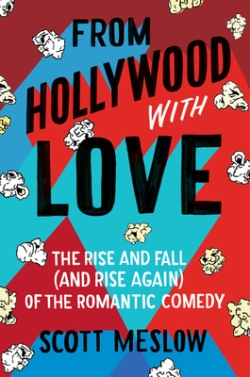 From Hollywood with Love: The Rise and Fall (and Rise Again) of the Romantic Comedy by Scott Meslow
No Hollywood genre has been more misunderstood—or more unfairly underappreciated—than the romantic comedy. Funny, charming, and reliably crowd-pleasing, rom-coms were the essential backbone of the Hollywood landscape, launching the careers of many of Hollywood’s most talented actors and filmmakers, such as Julia Roberts and Matthew McConaughey, and providing many of the yet limited creative opportunities women had in Hollywood. But despite—or perhaps because of—all that, the rom-com has routinely been overlooked by the Academy Awards or snobbishly dismissed by critics. In From Hollywood with Love, culture writer and GQ contributor Scott Meslow seeks to right this wrong, celebrating and analyzing rom-coms with the appreciative, insightful critical lens they’ve always deserved. Featuring original black-and-white sketches of iconic movie scenes and exclusive interviews with the actors and filmmakers behind our most beloved rom-coms, From Hollywood with Love constructs oral histories of our most celebrated romantic comedies, for an informed and entertaining look at Hollywood’s beloved yet most underrated genre. 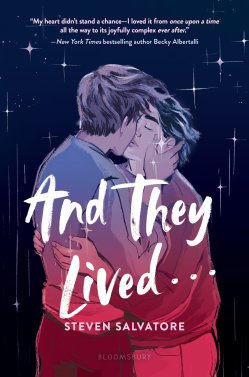 And They Lived… by Steven Salvatore
Chase Arthur is a budding animator and hopeless romantic obsessed with Disney films and finding his true love, but he’s plagued with the belief that he’s not enough for anyone: he’s recovering from an eating disorder and suffers from body dysmorphia fueled by his father, and can’t quite figure out his gender identity. When Chase starts his freshman year of college, he has to navigate being away from home and missing his sister, finding his squad, and contending with his ex-best friend Leila who is gunning for the same exclusive mentorship. If only he can pull together a short for the freshman animation showcase at the end of the semester. Then Chase meets Jack Reid, a pragmatic poet who worships words and longs to experience life outside of his sheltered world. But Chase throws everything into question for Jack, who is still discovering his sexual identity, having grown up in close-knit conservative family. Jack internalized a lot of homophobia from his parents and childhood best friend, who unexpectedly visit campus, which threatens to destroy their relationship. Chase will have to learn to love—and be enough for—himself, while discovering what it means to truly live. 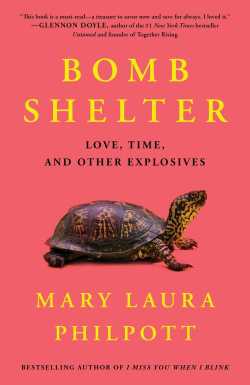 Bomb Shelter: Love, Time, and Other Explosives by Mary Laura Philpott
A lifelong worrier, Mary Laura Philpott always kept an eye out for danger, a habit that only intensified when she became a parent. But she looked on the bright side, too, believing that as long as she cared enough, she could keep her loved ones safe. Then, in the dark of one quiet, pre-dawn morning, she woke abruptly to a terrible sound—and found her teenage son unconscious on the floor. In the aftermath of a crisis that darkened her signature sunny spirit, she wondered: If this happened, what else could happen? And how do any of us keep going when we can’t know for sure what’s coming next? 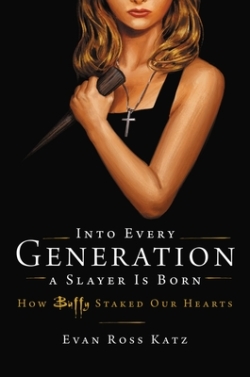 Into Every Generation a Slayer is Born: How Buffy Slayed Our Hearts by Evan Ross Katz
Over the course of its seven-year run, Buffy the Vampire Slayer cultivated a loyal fandom and featured a strong, complex female lead, at a time when such a character was a rarity. Evan Ross Katz explores the show’s cultural relevance through a book that is part oral history, part celebration, and part memoir of a personal fandom that has universal resonance still, decades later. Katz—with the help of the show’s cast, creators, and crew—reveals that although Buffy contributed to important conversations about gender, sexuality, and feminism, it was not free of internal strife, controversy, and shortcomings. Men—both on screen and off—would taint the show’s reputation as a feminist masterpiece, and changing networks, amongst other factors, would drastically alter the show’s tone. Into Every Generation a Slayer Is Born engages with the very notion of fandom, and the ways a show like Buffy can influence not only how we see the world but how we exist within it.

Thanks to Hachette Book Group Canada for the gifted copy! 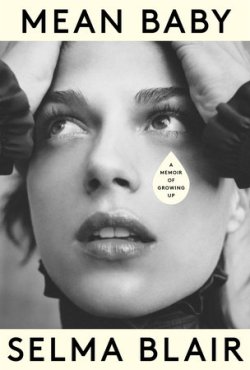 Mean Baby: A Memoir of Growing Up by Selma Blair
Selma Blair has played many archetypal roles: gullible ingenue in Cruel Intentions. Preppy ice queen in Legally Blonde. Fire-starter in Hellboy. Muse to Karl Lagerfeld. Face of Chanel. Cover model. Advocate for the multiple sclerosis community. But before all of that, Selma was known best for being one thing: a mean baby. In a memoir that is as wildly funny as it is emotionally shattering, Blair tells the captivating story of growing up and finding her truth. Here she lays bare her addiction to alcohol, her devotion to her brilliant and complicated mother, and the moments she flirted with death. There is brutal violence, passionate love, true friendship, the gift of motherhood, and, finally, the simultaneous devastation and surprising salvation of a multiple sclerosis diagnosis. In a voice that is powerfully original, fiercely intelligent, and full of hard-won wisdom, Mean Baby is a deeply human memoir and a true literary achievement.